Caught between different doses. Older people and the geopolitics of vaccine supply in Nepal. 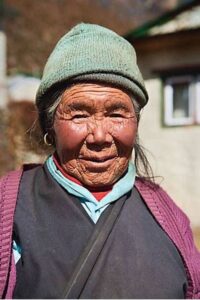 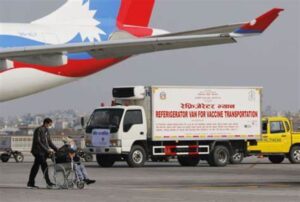 The first wave of COVID-19 hit Nepal back in 2020. As in India and elsewhere in the region, the effects of this first wave were relatively mild. The country is now dealing with a much more severe second wave, driven by the delta variant. Hospitals have been overwhelmed from the rapid increase of acute cases, and lives have been lost due to shortage of oxygen and insufficient intensive care unit beds.

Nepal had already begun its vaccination campaign against COVID-19 in January 2021. Frontline workers including healthcare personnel were among the first to receive the initial dose of the vaccine. Older adults were the next priority and the vaccination campaign for older population started in March 2021. It is claimed that almost 1.3 million adults aged 65 years and above (of a total of 1.7 million) received their first dose of the Covishield vaccine produced by the Serum Institute of India, and they were expected to get their second shot within 12 weeks after the first one.

Unfortunately, the export of vaccine from India was complete halted, as that country itself is struggling to vaccinate its large population. India’s decision was taken shortly after Nepal had secured a large supply of vaccine from China. As such, it may have reflected a perception that Nepal no longer needed supplies from India. It is also possible that the Indian decision occurred within a context of geopolitical rivalry with China for influence in Nepal.

Whatever the reason, the cessation of vaccine supplies from India left Nepal’s older people high and dry. The government of Nepal had not foreseen the change of supplier and so it had used up all available doses of India’s Covishield on first doses for older people. The new supplies from China are a very different drug: SINOVAC. To date, there is no clear scientific evidence about the safety, let alone efficacy, of providing older people a combination of Covishield and SINOVAC. In the absence of this evidence, the government felt it had no alternative other than to suspend plans for second doses for older people. The Chinese vaccine is being used for people at younger ages, starting with those aged 60 to 64. Care is being taken to ensure enough SINOVAC will remain to provide second doses for all those who had already received an initial shot.

Since June 2021, the government of Nepal has been requesting emergency supplies of Covishield-compatible vaccine from the international community, including from the UK. These requests were initially ignored, although in recent days it was announced that Japan would provide the supplies. This is very welcome news to those Nepalese aged 65 and over who have been denied a second dose and remain highly vulnerable to COVID-19. It is, however, unclear how many of these people will receive the second dose from Japan within the recommended 12 week interval between doses.

The Nepalese experience may be relevant to other low-income countries who are reliant on combinations of different countries for their vaccine supplies. Regardless of promises and commitments, there is always a risk that these supplies will be discontinued without notice. Consequently, poor countries should ensure they retain sufficient supplies of compatible vaccines to offer second doses to those who have already received one dose, rather than deplete stocks by over-extending single dosing. Providing both doses to everyone over the age of 75, for example, will save many more lines than single-dosing all those aged 60 or more.

The Nepalese experience also demonstrates the potential effects of donor rivalry: this brings to mind the well-documented struggle for influence between China and the West in many of the world’s poorest countries. As the global pandemic drags on and vaccine nationalism evolves, Nepal’s dilemma may well prefigure that of other countries.