By Fabiana da Cunha Saddi (Federal University of Goias, Brazil), with the collaboration of Peter Lloyd-Sherlock (University of East Anglia)

Goias was the second Brazilian state to start a vaccination campaign against COVID-19, and the governor (who happens to be a doctor) personally gave the first vaccine to an older person [1] (Photo 1). The focus has been on older people and front-line health workers. Vaccinations have been offered in a number of different settings, including drive through service points, health units, long-term care facilities (LTCFs) and sometimes at home. By 5 April 2021, 550,918 people in Goias had received at least one dose and 135,400 had received both [2]. Vaccines have been provided to all older people living in the state’s 209 registered (LTCFs) [3], and people aged over 76 are now receiving their second dose [4]. However, the general situation is still critical, with 12,118 confirmed COVID-19 deaths by 5 April and 489.522 cases confirmed in the last 4 weeks [5]. 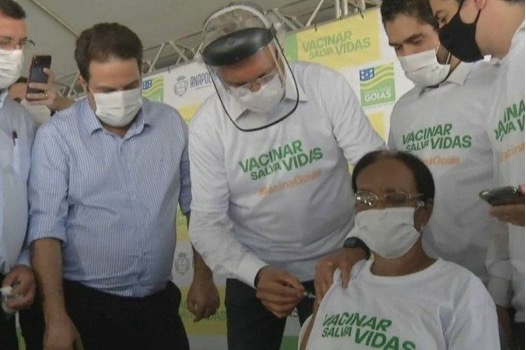 Photo 1 – The Governor of Goias, who is a medical doctor, applying the vaccine to a 73-year-old woman. Credit: TV Anhanguera. Available at: https://www.correiobraziliense.com.br/brasil/2021/01/4901117-goias-incia-vacinacao-contra-a-covid-19-idosa-e-vacinada-em-anapolis.html

Goias’ relatively rapid vaccination roll-out has led to a recent decline in COVID-19 deaths (in contrast to the increasing numbers of deaths in Brazil as a whole) [6, 7] and has permitted a partial relaxation of a strict lockdown implemented in February and March.

Despite its general success, the Goias vaccination campaign has not been without problems. Health workers report that some older people have refused to be vaccinated. This problem has been especially common among poor older people living in remote parts of the capital [8] and the state, as happened in other parts of the globe [9]. There have been some exceptional cases of malpractice, including a nurse who administered an empty syringe – with no vaccine – to an older person. The case was widely reported in the local media and the nurse was subsequently fired [10; 11]. A municipal health secretary and her coordinator organized a list of names, including people from the private sector and their relatives and friends, given them fictitious positions in the public health systems, so that they could be vaccinated against COVID-19 without having to wait for their turn. After a denounce, a prosecutor judicially requested the resignation of the two civil servants involved [12].

There is a lack of information on elderly effective responses to vaccines against COVID-19 in Goias. It is known, for instance, that old people who live in LTCFs in Brazil can suffer adverse effects, as happened in Bauru, where six older people died after being fully immunized [13]. Considering the emergency and temporary status of the approval of COVID-19 vaccines [14], as well as the fact that older people are the first to be vaccinate, notifications on vaccine’s side effects and safety conditions should be encouraged. Information should be verified, monitored, and made available to the public in a reliable way [15].

Efforts continue to be made to address these concerns, with front line health and social workers frequently engaging with social and mainstream media. Messaging seeks to emphasise the safety of the vaccines and refers to Brazilian research demonstrating their high levels of efficacy, including preliminary results showing its efficacy against the new variants [16, 17]. Experts also emphasise the importance of receiving both doses, referring to cases such as an 85 year-old man who recently died of COVID-19 shortly before he was due to receive the second dose [18].

The state government plans to accelerate the vaccination campaign in April, reaching the entire population aged 60 or more and then reaching out to people at younger ages with chronic diseases [19]. Vaccine supply is not a major problem. On April 2, Goias received a further 241,800 units of CoronaVac, and 25,000 of AstraZeneca [20]. Additionally, municipalities are making their own arrangements to jointly purchase vaccines [21].

As in all countries, vaccination will be a key part in the public health response to COVID-19. Despite the wider national crisis in Brazil, Goias state appears to have made good progress. However, this should not deflect attention from the other public health measures and behavioural changes that will be essential for managing the pandemic. For example, there is no available information about testing, surveillance and other protective measures in LTCFs across Goias. Sustainable responses to the COVID-19 pandemic will require institutional strengthening in public health, as well as closer integration with social assistance agencies supporting dependent older people. 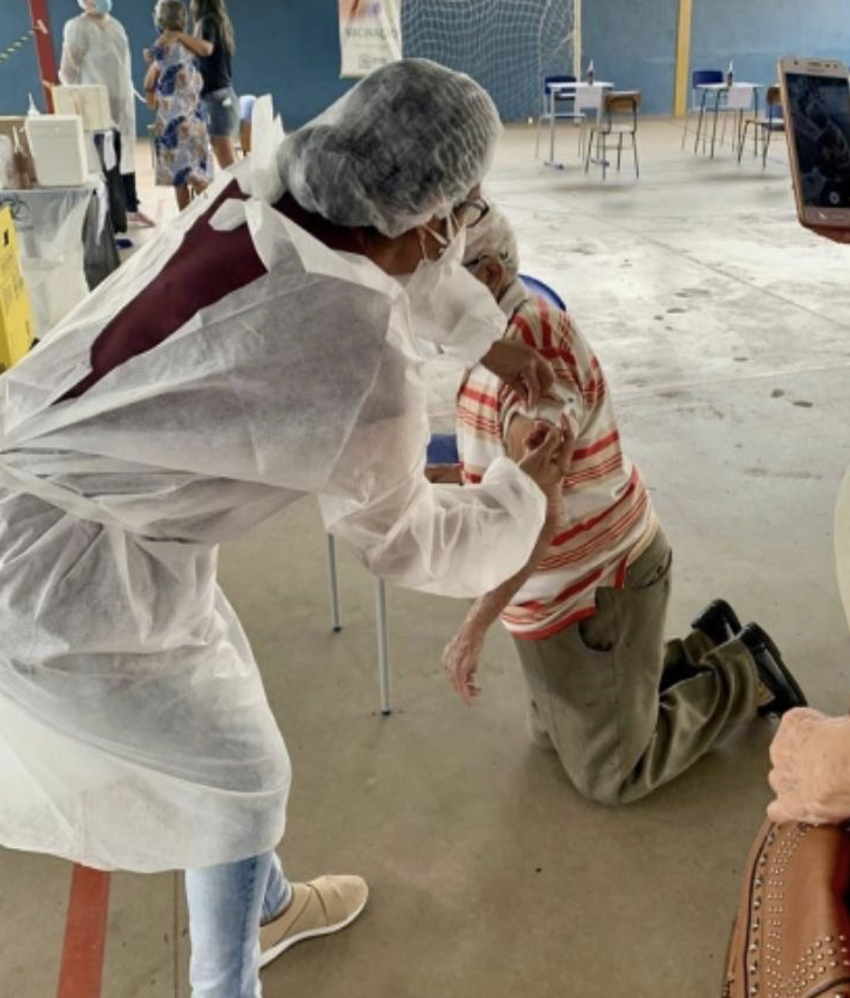 In Goiania, an older man knelt down to receive the vaccine, as a way of thanking the front-line health workers and science for the vaccine [22]. 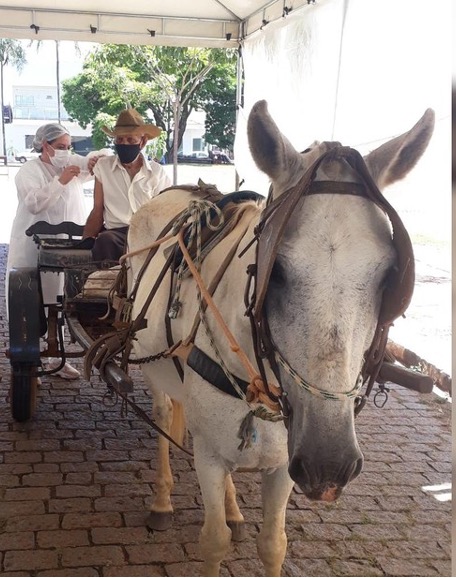 Photo 3 – Mr Juarez Barbosa taking the COVID-19 jab in his horse and cart at a Drive-through in the city of Ipiracanjuba, Goias. His niece told the press: “His passion is the horse. The only means of transport he uses is this buggy. In this very important moment, it couldn’t be different. He didn’t think twice when it was his turn to get the vaccine” [23]

Credit: The Mayor of Piracanjuba.